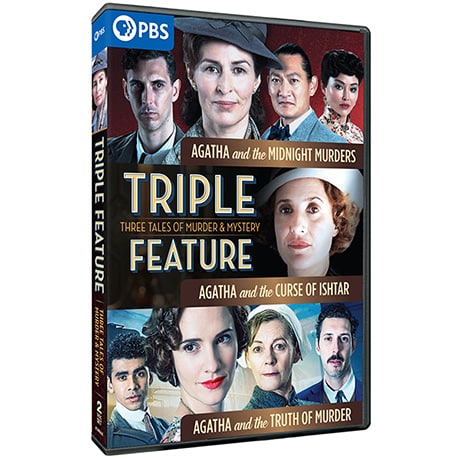 Agatha and the Truth of Murder: In 1926, with her writing in crisis and her personal life in tatters, a young Agatha Christie (Ruth Bradley) decides to solve a real-life murder.

Agatha and the Curse of Ishtar: 1928: It has been two years since the sensation caused by her eleven-day disappearance and Agatha Christie (Lyndsey Marshal) arrives in Baghdad seeking culture and peace. What she finds is Max (Jonah Hauer-King) – an attractive young archaeologist with a bullet wound.

Agatha and the Midnight Murders: London 1940: As the Blitz rages and her future is threatened by fallout from the war, Agatha Christie (Helen Baxendale) makes the decision to kill off her most famous creation.