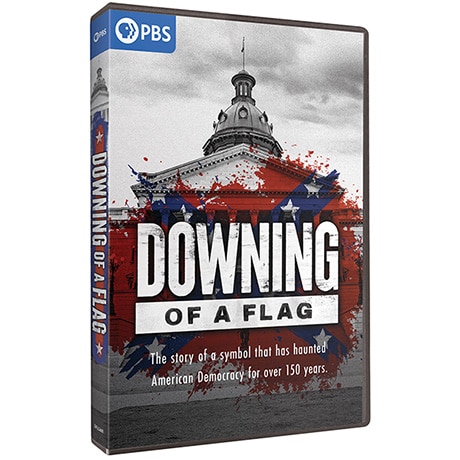 No Reviews Write the First Review
Item #: WD6602AVDV
Downing of a Flag is a documentary film that focuses on the Confederate Battle flag and its impact on the people, politics, and perceptions of South Carolina and beyond.
Add to Wish List

Downing of a Flag is a documentary film that focuses on the Confederate Battle flag and its impact on the people, politics, and perceptions of South Carolina and beyond.

Through firsthand interviews featuring various perspectives and a wealth of historical footage, Downing of a Flag traces the symbol's controversial relationship with the Palmetto State, exploring its true meaning and how an unspeakable tragedy served as the catalyst for its long-debated removal. The story begins with the end of the Civil War and chronicles the flag's more than 150-year journey from the blood-soaked battlefields of Virginia to its use in American popular culture in the 1970s and 1980s, to its final removal from the South Carolina State House grounds in July 2015. Preceded by the killing of nine Black parishioners at Charleston's historic Mother Emanuel AME Church by a white supremacist, the Confederate Battle flag's furling and the days and actions that led to that event could represent the final shots and battles of the American Civil War. Despite representing an end to a significant chapter in United States history, Downing of a Flag shows that the events of 2015 did not complete the story. Instead, we continue to see the flag used as a symbol, and as a result, it continues to haunt American democracy.