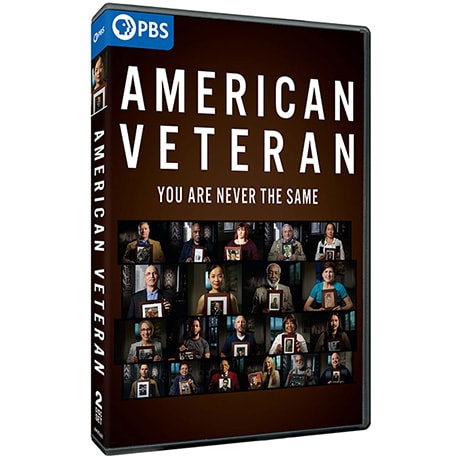 $29.99 $24.99
2 Reviews Write a Review
Item #: WD8202DV
Today, America has nearly 18 million living military veterans, from the "Greatest Generation" to men and women coming home from recent tours in Afghanistan and Iraq. They join the now-silent ranks of American veterans reaching back to our earliest conflict, the Revolutionary War.
Add to Wish List

Today, America has nearly 18 million living military veterans, from the "Greatest Generation" to men and women coming home from recent tours in Afghanistan and Iraq. They join the now-silent ranks of American veterans reaching back to our earliest conflict, the Revolutionary War.

The military is part of America's founding story ?a project to which, as George Washington put it, every citizen owed “his personal services.” In war and in peace, what veterans have done in America's name and how they have been treated when they return is woven into the fabric of the American story and has had a profound impact on our nation.

For those who have served, military service has been a transformative experience. What is that experience, and how does it change the men and women who have joined the ranks? And throughout the nation's history, how have vets been perceived? Sometimes honored, and sometimes reviled, ignored or forgotten, veterans may re-enter civilian life to encounter a population that often has little or no knowledge of their experience.

This four-part film illuminates the veteran experience with a moving range of voices from today and across the arc of American history and is narrated by veterans Drew Carey, Senator Tammy Duckworth, Wes Studi and J.R. Martinez.

3.5 star rating 2 Reviews
2 Reviews
L
Larry (.
Verified Reviewer
4.0 star rating
08/12/22
American Veteran - You are never the same
Review by Larry (. on 08/12/22 review stating American Veteran - You are never the same
I am Vietnam War Veteran, served in the Infantry both tours. I viewed this Documentary, and it did answer some lingering questions. What I brought away from the initial viewing was a need to watch it again, all four episodes. I have watched it 5 times now and will most likely view it again. I knew there was a division between Military Veterans and non-Military Veterans. I consider the Military Veterans family the same as a Veteran for the most part. The documentary did give me a much better understanding of the division. I accept the division and understand better why there is a division. I have decided I can live with it and have so far. I do have a better understanding of the division.
American Veteran DVD
L
Lyle
Verified Reviewer
3.0 star rating
06/10/22
Harry
Review by Lyle on 06/10/22 review stating Harry
Interesting dvd. Not quite what I experienced while in the service. Knew their counterparts in the series M.A.S.H back in the '70s. Explained how it affects my personality to this day.
American Veteran DVD
Copyright © 2023 Public Broadcasting Service (PBS). All rights reserved.   PBS.org   PBS Mission   Privacy & Security   1-800-531-4727 1-833-565-0293