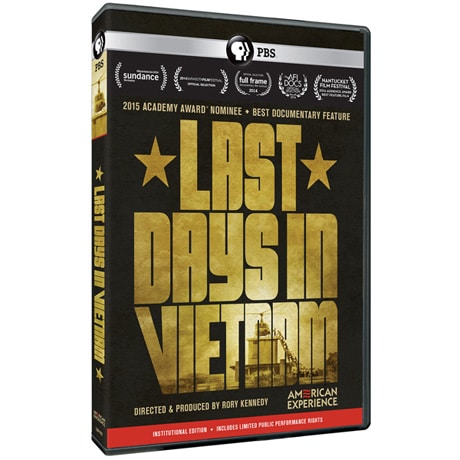 April 1975. During the chaotic final days of the Vietnam War, as the North Vietnamese Army closed in on Saigon, the South Vietnamese resistance crumbled. The United States had only a skeleton crew of diplomats and military operatives still in the country. With the lives of thousands of South Vietnamese hanging in the balance, those in control faced an impossible choice - - who would go and who would be left behind to face brutality, imprisonment or even death.

At the risk of their careers and possible courts-martial, a handful of individuals took matters into their own hands. Engaging in unsanctioned and often makeshift operations, they waged a desperate effort to evacuate as many South Vietnamese as possible.

The Brain with David Eagleman DVD

A Beautiful Day in the Neighborhood DVD