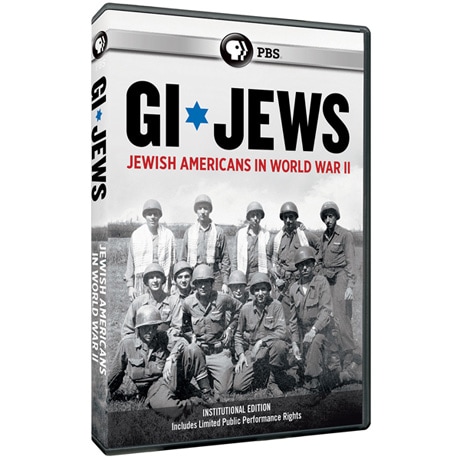 No Reviews Write the First Review
Item #: WED202AV
GI JEWS: JEWISH AMERICANS IN WORLD WAR II tells the story of the 550,000 Jewish Americans who fought in World War II. In their own words, veterans both famous and unknown bring their war experiences to life: how they fought for their nation and their people, struggled with anti-Semitism within their ranks, and emerged transformed.
Add to Wish List

GI JEWS: JEWISH AMERICANS IN WORLD WAR II tells the story of the 550,000 Jewish Americans who fought in World War II. In their own words, veterans both famous and unknown bring their war experiences to life: how they fought for their nation and their people, struggled with anti-Semitism within their ranks, and emerged transformed.

This item is eligible for Standard shipping of $8.99.