Last Chance Mask Sale - Lowest Prices Ever!
Every purchase supports public television for all.
Previous
Next
Back 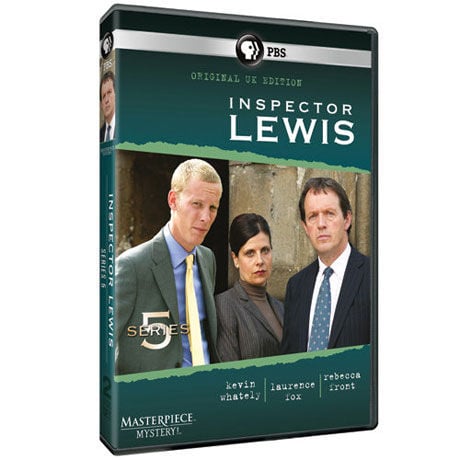 No Reviews Write the First Review
Item #: XA1902
Four new mysteries, which were inspired by the Inspector Morse novels of Colin Dexter.  Episodes include - The Soul of Genius; Generation of Vipers; Fearful Symmetry; and The Indelible Stain.
Add to Wish List

Four new mysteries, which were inspired by the Inspector Morse novels of Colin Dexter.  Episodes include - The Soul of Genius; Generation of Vipers; Fearful Symmetry; and The Indelible Stain.

Four new mysteries, which were inspired by the Inspector Morse novels of Colin Dexter.

The Soul of Genius - When botanist Liv Nash accidentally digs up the body of the recently buried Murray Hawes, Lewis and Hathaway embark upon a seemingly impossible quest. Murray was a man possessed, fixated upon "solving" an impossible riddle by Lewis Carroll. But could his obsession have been dangerous enough to get him killed?

Generation of Vipers - Lewis believes a subversive media blog holds the clues to a violent murder - despite Dr. Hobson's opinion that the victim's death was a suicide. Did lonely Miranda Thornton really kill herself when her online dating profile was leaked to TheBarker.biz, or was her death actually part of an intricate revenge plot?

Fearful Symmetry - When babysitter Jessica Lake is discovered dead, Lewis and Hathaway are drawn into diverse new worlds beyond their usual Oxford College haunts - squats and swinging suburbia, monkey labs and fetish photography. But which of these new realms led to Jessica's murder?

The Indelible Stain - When controversial American academic Paul Yelland is invited to speak at Oxford's Department of Criminology, it stirs up latent emotions campus-wide. And when he is found strangled in his room later that night, Lewis and Hathaway have plenty of suspects - but was his murder motivated by politics, ambition, or vengeance?