Up to 70% off Clearance. Huge savings on 100+ items!
Every purchase supports public television for all
Previous
Next
Back 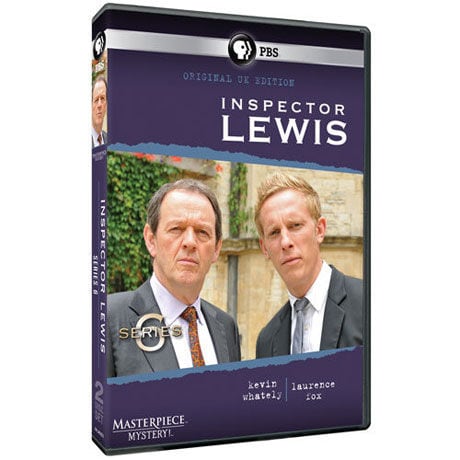 No Reviews Write the First Review
Item #: XA1912
Lewis and Hathaway face three new mysteries inspired by the Inspector Morse novels of Colin Dexter.  Episodes include - Down Among the Fearful;  The Ramblin' Boy;  and Intelligent Design.
Add to Wish List

Lewis and Hathaway face three new mysteries inspired by the Inspector Morse novels of Colin Dexter.  Episodes include - Down Among the Fearful;  The Ramblin' Boy;  and Intelligent Design.

Down Among the Fearful - Reuben Beatty, a research fellow from Oxford's Department of Psychology, is found dead in the offices of psychic Randolph James. Lewis and Hathaway soon discover that Reuben had been leading an elaborate double life, moonlighting as a clairvoyant. Can a fellow psychic help solve the investigation?

The Ramblin' Boy - While Hathaway takes time off in Kosovo, Lewis is assigned a temporary sidekick, young constable Alex Gray. Together, Lewis and Gray investigate the discovery of an embalmed body of a man who died of cancer. However, the crematorium confirms that a body was burned, leaving Lewis with one question - who was buried in the coffin?

Intelligent Design - Recently released from prison after killing someone in a driving accident, Richard Seager, a former biochemistry professor, is murdered - crushed to death by his own car. Between Seager's wife, his victim's family, and his colleagues at the university, Lewis and Hathaway have a long road to travel and a great deal to investigate.