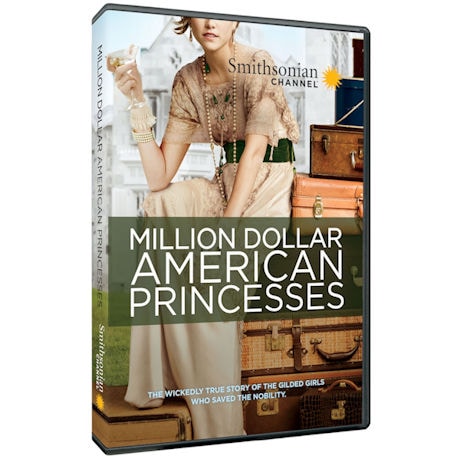 No Reviews Write the First Review
Item #: XA9102
In Downton Abbey, Elizabeth McGovern played Lady Cora Grantham, an American heiress who married a cash-strapped British aristocrat. Which makes her the ideal host of this series seen on the Smithsonian Channel. Spanning the late 1800s to the 20th century, it tells the stories of real-life American millionairesses and stars who changed Britain and Europe: Consuelo Vanderbilt, Grace Kelly, Peggy END_OF_DOCUMENT_TOKEN_TO_BE_REPLACED
Add to Wish List

Kingdoms of the Sky

NATURE: Undercover in the Jungle DVD

FRONTLINE: Rape in the Fields DVD

André Rieu: Shall We Dance DVD

Daniel Tiger's Neighborhood: Would You Be Mine? DVD