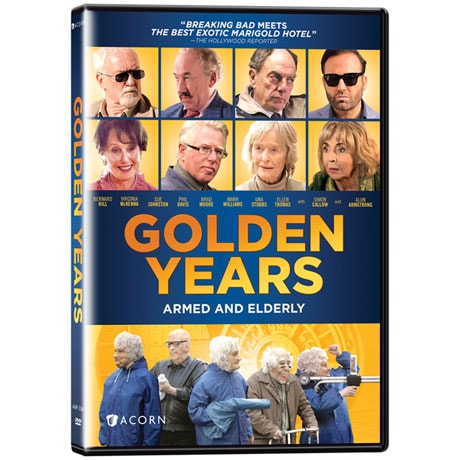 No Reviews Write the First Review
Item #: XB0692
Forced by Britain's pension crisis into a life of crime, formerly law-abiding retirees Arthur and Martha Goode bumble their way through a series of bank robberies. When their drinking buddies want in, they start pulling more daring heists, staying one step ahead of an old-time detective and his young sidekick. Bernard Hill (Titanic) and Virginia McKenna (Born Free) lead a END_OF_DOCUMENT_TOKEN_TO_BE_REPLACED
Add to Wish List

Look of a Killer DVD

A Place to Call Home: The Complete Collection DVD

Secrets of the Dead: The Lost Gardens of Babylon DVD