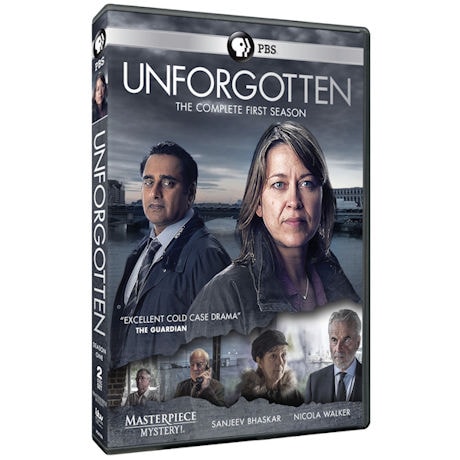 Masterpiece Mystery!: Unforgotten, Season 1 When a body is discovered in a derelict building, DCI Cassie Stuart (Nicola Walker, Last Tango in Halifax), one of the Met's smartest detectives, must untangle lies that have been covered up for nearly forty years. With her partner, DI Sunil "Sunny" Khan (Sanjeev Bhaskar, The Indian Doctor) they narrow the list to four suspects. Each of them has something to hide. As their deceptions are discovered, the people they love most begin to wonder what else they might be capable of. Nothing in this case is black and white. Can you ever really know the people closest to you? What secrets have they buried?