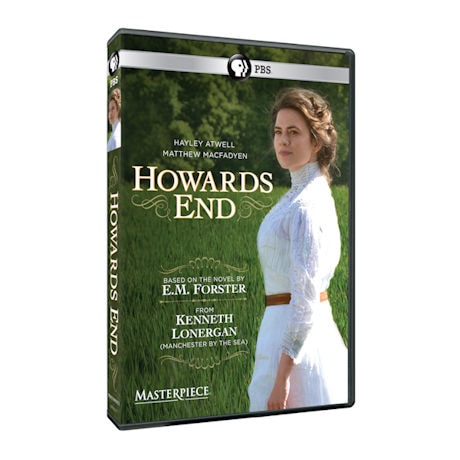 Masterpiece: Howards End Often considered E.M. Forster’s masterpiece, Howards End is the story of two independent and unconventional sisters and the men in their lives seeking love and meaning as they navigate an ever-changing world.

Academy Award-winning screenwriter Kenneth Lonergan brings a fresh take to this adaptation directed by BAFTA-winner Hettie Macdonald. Margaret Schlegel is an intelligent, idealistic young woman who is courted by the older Henry Wilcox, a self-made conservative businessman, after his wife Ruth Wilcox dies unexpectedly and he becomes owner of Howards End. Meanwhile Margaret’s passionate and capricious younger sister Helen Schlegel takes up the cause of Leonard Bast, a young bank clerk who falls on hard times at work and at home with his partner Jacky. In the absence of their late parents, the sisters’ loving but interfering Aunt Juley tries to keep the young ladies and their brother Tibby on the straight and narrow.