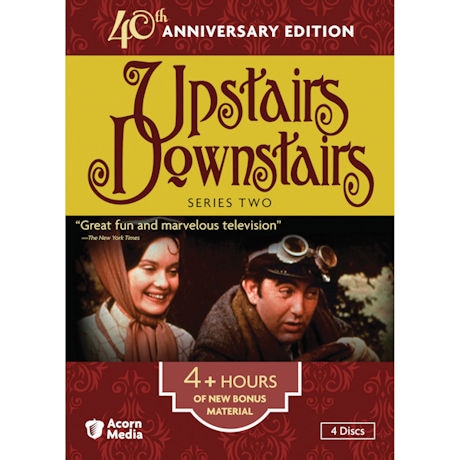 Upstairs: the wealthy, aristocratic Bellamys. Downstairs: their loyal and lively servants. For nearly 30 years, they share a fashionable townhouse in London's posh Belgravia neighborhood, surviving social change, political upheaval, scandals, and the horrors of the First World War. The most popular and successful British drama series in television history winning seven Emmy® Awards, a Golden Globe, and a Peabody. Set includes seasons 2-5. 55 episodes, over 46 hrs, 17 DVDs. Please Note: Season 1 is no longer available and not included in this set. (Only 3 episodes from Season 1 were broadcast in 1974 on Masterpiece Theatre. Season 2 contains 3 episodes that were not part of the original US broadcast). Each season comes individually boxed.