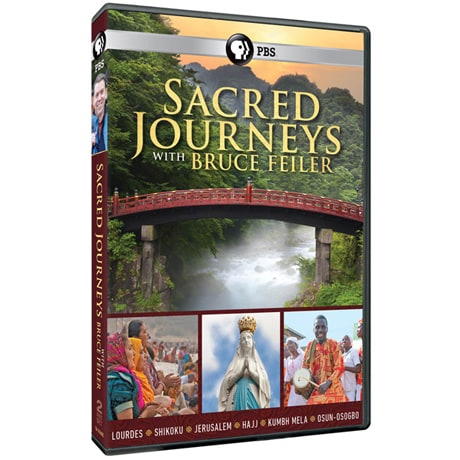 Sacred journeys are as old as humanity, yet they're more popular today than ever before. Tens of millions go on a pilgrimage each year. In this landmark series, New York Times best-selling author Bruce Feiler travels with American pilgrims on six historic pilgrimages. They set out from the ordinary and seek the extraordinary.
- In Lourdes, France, bathe in sacred waters with wounded soldiers from around the world in a moving search for healing and reconciliation.
- In southern Japan, trek with Buddhist pilgrims on an 800-mile, 88-temple journey as they seek personal salvation and renewal.
- In Jerusalem, follow the trail of pilgrims from the three Abrahamic traditions as they ground their faith in one of the holiest cities on Earth.
- In Mecca, go behind closed doors of the Hajj in a rare, intimate look at pilgrims making the trip of a lifetime.
- In India, plunge into the Ganges during the largest human gathering on earth, the Kumbh Mela, which takes place every 12 years.
- And in Nigeria, dance at water's edge with African-Americans at a spectacular Yoruba festival where they reclaim their religious roots.

Unprecedented in scope, Sacred Journeys with Bruce Feiler will forever change how you view your own spiritual journey.