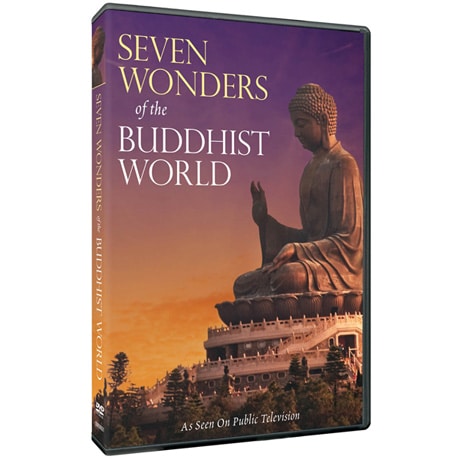 Seven Wonders of the Buddhist World

$24.99
1 Review Write a Review
Item #: WA8602
Join historian Bettany Hughes as she explores the different beliefs and practices that form the core of the Buddhist philosophy and investigates how Buddhism started and where it travelled to, through   END_OF_DOCUMENT_TOKEN_TO_BE_REPLACED
Add to Wish List

The War That Made America DVD 2PK

Richard Lavoie: How Difficult Can This Be? F.A.T. City--A Learning Disabilities Workshop (2013) DVD

Join historian Bettany Hughes as she explores the different beliefs and practices that form the core of the Buddhist philosophy and investigates how Buddhism started and where it travelled to, through visits to seven of the most spectacular monuments built by Buddhists across the globe.

Her journey begins at the Mahabodhi Temple in India, where Buddhism was born; here Hughes examines the foundations of the belief system - the three jewels. At Nepal's Boudhanath Stupa, she looks deeper into the concept of dharma, the teaching of Buddha, and at the Temple of the Tooth in Sri Lanka, Bettany explores karma, the idea that our intentional acts will be mirrored in the future. At Wat Pho Temple in Thailand, Hughes explores samsara, the endless cycle of birth and death that Buddhists seek to end by achieving enlightenment, before travelling to Angkor Wat in Cambodia to learn more about the practice of meditation. In Hong Kong, Hughes visits the Giant Buddha and looks more closely at Zen, before arriving at the final wonder, the Hsi Lai Temple in Los Angeles, to discover more about the ultimate goal for all Buddhists - nirvana.

A Taste of Chanukah DVD