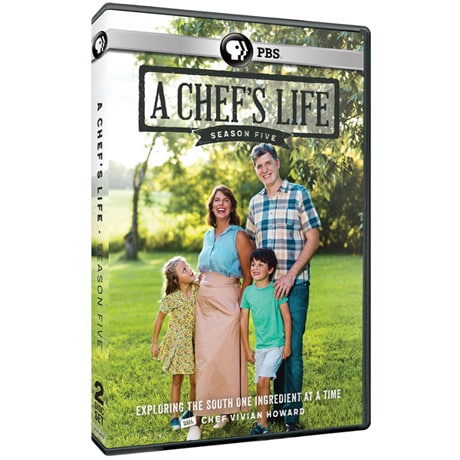 American Experience: Ripley: Believe it or Not DVD

A Chef's Life: Season 5 Season Five finds Vivian embarking on a stew of new adventures. Chef & the Farmer, the farm-to-table restaurant that prompted her return home, celebrates its 10th anniversary. As if that's not enough excitement, Vivian's first cookbook is hot off the press and she sets out on a book tour with a temperamental food truck in tow. In between serving up Tom Thumb and greeting hordes of fans across 30 cities, Vivian discovers small batch whiskey in Bourbon Country, Kentucky, fishes for trout at a farm in the North Carolina mountains, and prepares peppers at a music-and-food-filled gathering for chefs in the Virginia hills. Back in Kinston, broccoli, pears, and rattlesnake beans make an appearance and Vivian gets schooled on persimmons by a familiar friend. This season, the ride is an unpredictable one, explored with good humor, friendly folks, and Southern ingredients - a recipe the viewers have come to know and love.

Christmas In Norway With The St. Olaf Choir Blu-ray/DVD

Masterpiece: Man in an Orange Shirt

The Creation of the Universe DVD