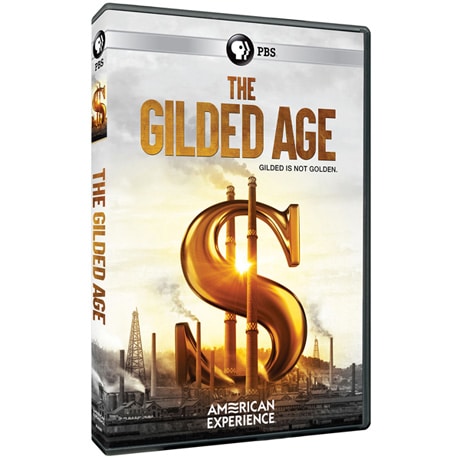 $24.99
1 Review Write a Review
Item #: WB0192
American Experience: The Gilded Age In the closing decades of the nineteenth century, during what has become known as the Gilded Age, the population of the United States doubled in the span of a single   END_OF_DOCUMENT_TOKEN_TO_BE_REPLACED
Add to Wish List

The Durrells in Corfu: Season 3 DVD

The Coroner Season One DVD

NOVA: Rise of the Hackers DVD

American Experience: The Gilded Age In the closing decades of the nineteenth century, during what has become known as the Gilded Age, the population of the United States doubled in the span of a single generation. The nation became the world's leading producer of food, coal, oil, and steel, attracted vast amounts of foreign investment, and pushed into markets in Europe and the Far East. As national wealth expanded, two classes rose simultaneously, separated by a gulf of experience and circumstance that was unprecedented in American life. These disparities sparked passionate and violent debate over questions still being asked in our own times: How is wealth best distributed, and by what process? Does government exist to protect private property or provide balm to the inevitable casualties of a churning industrial system? Should the government concern itself chiefly with economic growth or economic justice? The battles over these questions were fought in Congress, the courts, the polling place, the workplace and the streets. The outcome of these disputes was both uncertain and momentous, and marked by a passionate vitriol and level of violence that would shock the conscience of many Americans today. The Gilded Age presents a compelling and complex story of one of the most convulsive and transformative eras in American history.