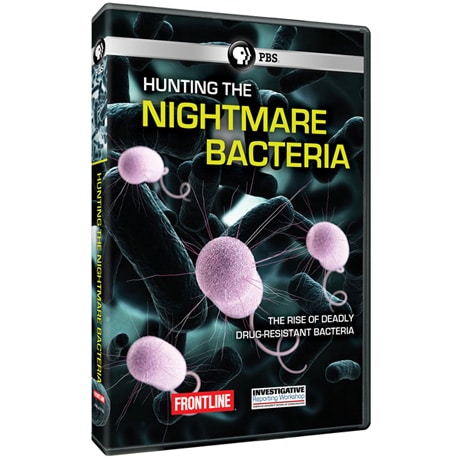 The Mystery of Agatha Christie with David Suchet DVD

NOVA: Pluto and Beyond DVD

FRONTLINE: Hunting the Nightmare Bacteria ""Nightmare bacteria."" That's how the CDC describes a frightening threat spreading quickly in hospitals, communities, and across the globe. Correspondent David E. Hoffman investigates the alarming rise of untreatable infections: from a young girl thrust onto life support in an Arizona hospital, to a young American infected in India who comes home to Seattle, to the discovery of a rare superbug in Houston hospitals. The film also goes inside an uncontrollable outbreak at the nation's most prestigious hospital, where eighteen patients were mysteriously infected and six died, despite frantic efforts to contain killer bacteria. Fueled by decades of antibiotic overuse, the crisis has deepened as major drug companies, squeezed by Wall Street expectations, have abandoned the development of new antibiotics. Without swift action, the miracle age of antibiotics could be coming to an end: There are now predictions that by 2050, antibiotic-resistant superbugs could kill more people than cancer.

H2O: The Molecule That Made Us DVD

Slavery and the Making of America DVD