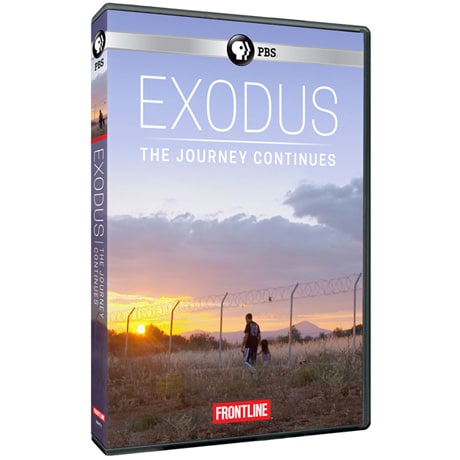 The intimate stories of refugees and migrants, caught in Europe's tightened borders. Amid the ongoing migration crisis, the film follows personal journeys over two years, as countries become less welcoming to those seeking refuge.

FRONTLINE: Exodus: The Journey Continues Over one-and-a-half million refugees and migrants have smuggled themselves to the West since 2015, fleeing countries besieged by violence and poverty in search of safety and a better life.

But as Exodus: The Journey Continues explores, the countries they dreamed of reaching have changed. This film is a stunning sequel to FRONTLINE's 2016 documentary Exodus and tells the intimate, firsthand stories of refugees and migrants caught in Europe's tightened borders, and facing heightened nationalism and rising anti-immigrant sentiment.

As the global migration and refugee crisis continues and countries become less welcoming to those seeking refuge, the documentary is an eye-opening look at the evolving crisis that draws on footage filmed by the refugees themselves.

3.5 out of 4 stars
“Sure to arouse strong reactions and debate, this timely documentary is highly recommended.” - Video Librarian