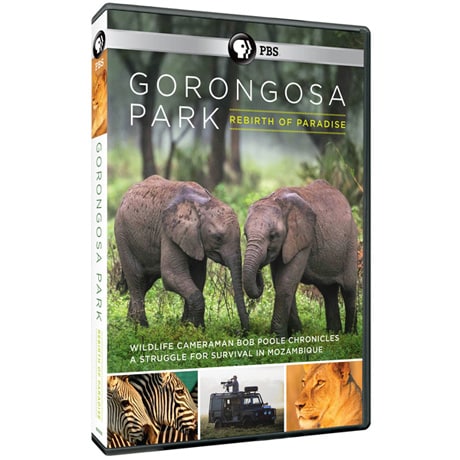 Experience the incredible and inspiring rebirth of an African wilderness through the eyes of an Emmy Award®-winning wildlife cameraman. American-born, African-raised Bob Poole embarks on an amazing adventure: spending two years living in the million-acre paradise of Mozambique's Gorongosa National Park, joining scientists and conservationists in the battle to re-wild this once-legendary nature preserve. Restoring the fabric of life in the park after a long civil war is one of the most ambitious wilderness restoration projects ever attempted.This is no ordinary filming assignment for Poole, as he combines his passion for conservation with his career filming the world's beautiful but vulnerable wild animals. He helps scientists dart and track the park's elusive lions, decodes the behavior of the park's angry elephants, wrestles and studies massive crocs, and helps truck in herds of animals to replace the ones that were lost during the war. In addition to stunning images of Africa's iconic wildlife, Poole shares firsthand one of the most exciting conservation stories happening in the world today.

Also includes the Bonus Feature , Between the Scenes.


Note: Please note there is a pricing error on page 25 in the August 2017 catalog. We apologize for any confusion this may have caused.