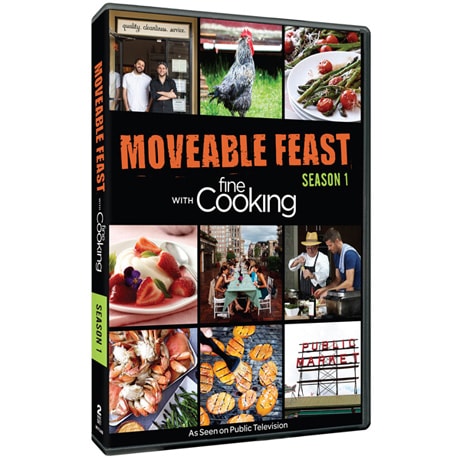 Come along on a mouthwatering ride and catch the spirit of pop-up cooking events with Moveable Feast with Fine Cooking.

Emmy®-nominated for Outstanding Culinary Series and winner of both Telly and TASTE Awards, Moveable Feast with Fine Cooking is hosted by Pete Evans, Australia's top celebrity chef. Follow Pete on a culinary journey across America as he teams up with the country's most innovative chefs to source the finest regional ingredients and create a multicourse feast for friends.

In Season One, learn cooking tips and techniques from our talented chefs, including Jacques Pepin, Marcus Samuelsson, and Tom Douglas, and how you can interpret their flavorful dishes in your own kitchen. Watch as diners sit down to enjoy these spectacular meals hosted in unique places, from a secluded sea cover and California vineyard to a New England farm and Manhattan rooftop with an amazing skyline view. You'll want a seat at the table!