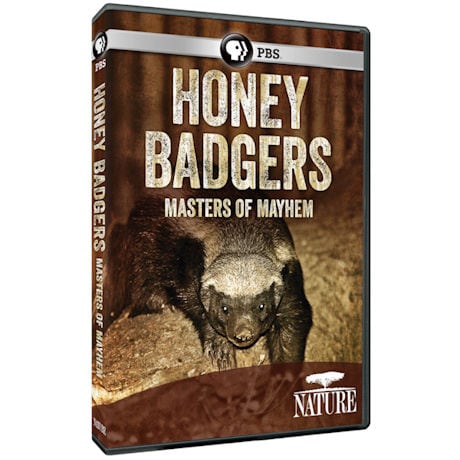 No Reviews Write the First Review
Item #: WB7942
Honey Badgers: Masters of Mayhem Honey badger is bad ass."" Those words and a corresponding video became a YouTube sensation with over 51 million hits. This relentless little creature is one   END_OF_DOCUMENT_TOKEN_TO_BE_REPLACED
Add to Wish List

Mystery of Matter: Search For the Elements DVD

Flags of the World Women's Socks

Honey badger is bad ass."" Those words and a corresponding video became a YouTube sensation with over 51 million hits. This relentless little creature is one of the most fearless animals in the world, renowned for its readiness to confront grown lions and terrify rhinos, and its ability to shrug off the toxic defenses of stinging bees, scorpions, and snakes. Little is known about its behavior in the wild or why it is so aggressive. Badger specialists in South Africa take on these masters of mayhem in ways that must be seen to be believed. They set out to study them, to stymie them, to rescue them, or to keep them as pets, but in the end, it's the honey badgers that always seem to come out on top because honey badgers never give up, never give in. As one of their admirers puts it, ""The honey badger is so brave and so courageous and so determined that you can't help but love him!""