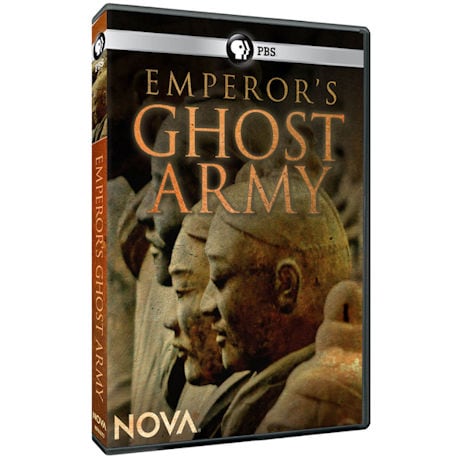 In central China, a vast underground mausoleum conceals a life-size terracotta army of cavalry, infantry, horses, chariots, weapons, administrators, acrobats, and musicians, all built to serve China's first emperor, Qin Shi Huang Di, in the afterlife. Lost and forgotten for over 2,200 years, this clay army, 8,000-strong, stands poised to help the First Emperor rule again beyond the grave. Now, a new archaeological campaign is probing the thousands of figures entombed in the mausoleum. With exclusive access to pioneering research, Emperor's Ghost Army reveals how the Emperor directed the manufacture of the tens of thousands of bronze weapons carried by the clay soldiers including lethal crossbows engineered with astonishing precision. NOVA tests the power of these weapons with high-action experiments and reports on revolutionary 3D computer modeling techniques that are revealing new insights into how the clay figures were made. The program reveals the secrets of one of archaeology's greatest discoveries and brings to life the startlingly sophisticated world of Qin's legendary empire.