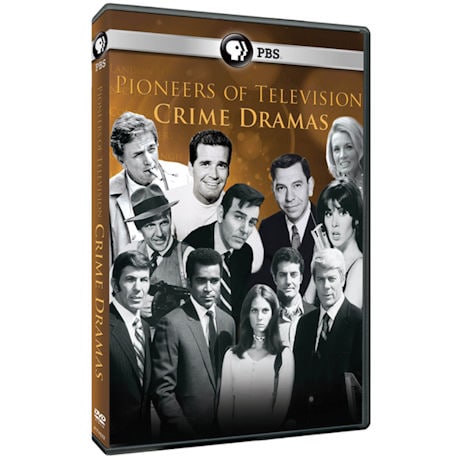 As viewers reveled in being transported to shadowy underworlds, creative geniuses emerged in the forms of Jack Webb Dragnet, Desi Arnaz The Untouchables, Bruce Geller Mannix, and Mission: Impossible. Groundbreaking actors Bill Cosby I Spy and Angie Dickinson Police Woman, reveal the methods behind their successes as the first African-American and breakthrough female lead characters in a television series. Barbara Bain and Martin Landau share the secrets behind the success of the innovative hit Mission: Impossible, while the evolution of Peter Falk's amazing characterization in his role as Columbo is recalled. And James Garner, in his only recent interview, along with series creator Stephen J. Cannell, recounts the success of the The Rockford Files' reluctant crime solver.