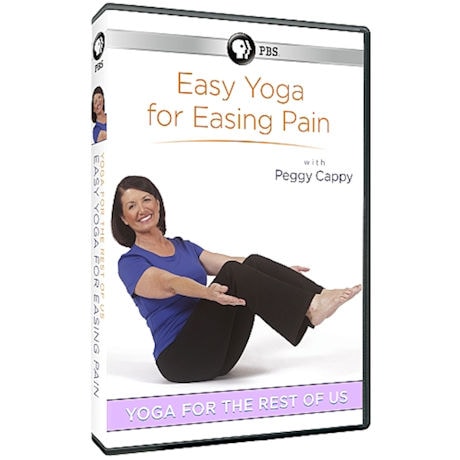 Yoga for the Rest of us: Easy Yoga for Easing Pain with Peggy Cappy DVD

NATURE: My Life as a Turkey

Join yoga instructor Peggy Cappy as she provides a path to relief for the millions of individuals who suffer from varying levels of muscular or joint pain. Peggy's new routine demonstrates the yoga movements that can increase your flexibility, reduce joint pain, and even combat fatigue and enhance well-being. Unrelenting joint pain can be a result of arthritis, injury, or repetitive motion, and it can affect anyone. All too often, pain becomes a vicious cycle, making us hesitant to be active. This gentle yoga workout presents a reasonable plan to help pain sufferers overcome this cycle and transform their lives.

Approaching Pain with Yoga Through Movement and Meditation

FRONTLINE: The Trouble with Antibiotics DVD